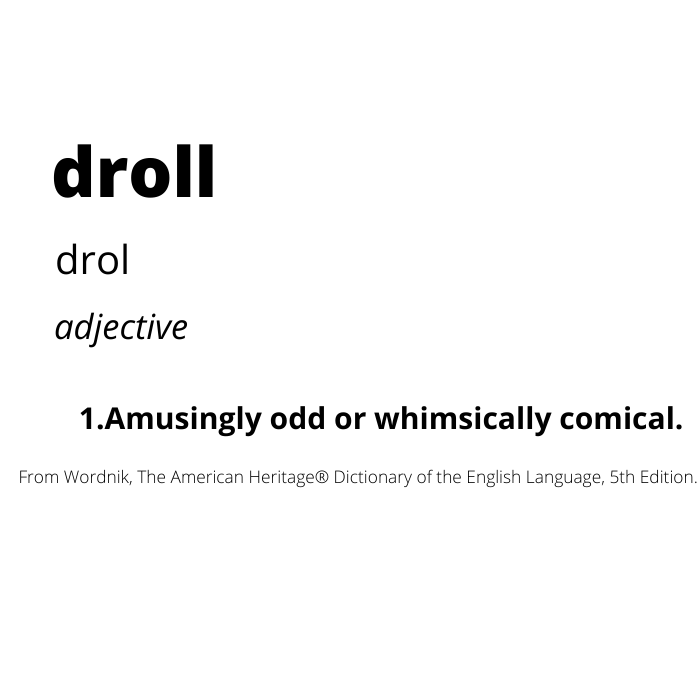 I almost miss Thaddeus McCotter from his time in Congress. He could always be counted on to inject levity in his appearances on Bill O’Reilly, and most especially the late night ensemble political comedy show Red-Eye. His discourse brought us momentary relief from the oppressive dictates of the Obama administration. In the following essay in which he skewers Steven Spielberg’s woke version of West Side Story, he makes me want to denounce my once-fervent fanhood of the movie, ET. Here, he out-drolls the droll, something he does best. Grab your dictionary.

Spoiler alert: Spielberg refused – refused, I tell you! – to use subtitles in his remake of West Side Story because…inclusivity?

Again, from Wordnik and the American Heritage dictionary (5th edition):

You can find McCotter on Twitter @ThadMcCotter or American Greatness